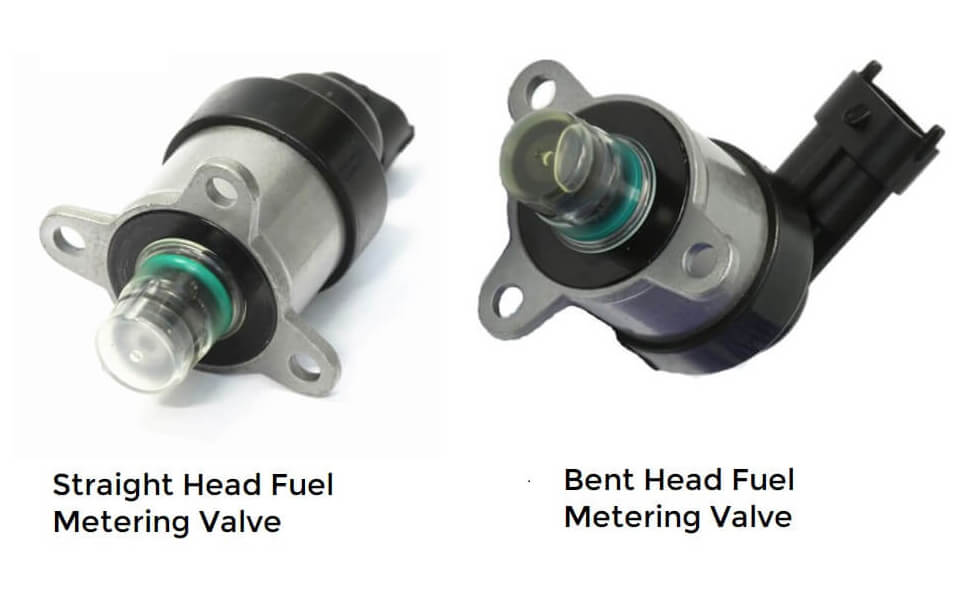 What Is a Fuel Pump Metering Valve?

A fuel pump metering valve has two functional components residing in its casing. A solenoid valve and a plunger. A solenoid is a scientific term for a coil that acts as a magnet when powered with electrical voltage. The magnetic force is adjusted with the average voltage provided to the solenoid that adjusts the position of the metallic plunger valve in the fuel line.

The average voltage level sent to the fuel metering valve is adjusted by generating a PWM (Pulse Width Modulation) signal by switching a relay. The duty cycle of the PWM signal defines the average voltage of the signal fed to the metering valve. Duty cycle is simply a percentage of the amount of time the signal is HIGH or ON out of the total time. The duty cycle of this signal is basically controlled by the ECU according to variables such as engine RPM, throttle position.

There are two main types of Fuel Pump metering valves in diesel engines that are classified according to their shape and default configuration.

A straight head fuel pump metering valve is set apart with its straight shape compared to the other. The plunger responsible for fuel flow management is normally (by default) open in this arrangement. Voltage is provided to the valve to constrict the flow according to the requirement. Its mostly equipped in vehicles such as trucks and SUVS equipped with larger engines 2.5L or more, which require a bulky flow rate most of the time.

A bent head fuel pump metering can be physically distinguished from its “L” or bent shape. The plunger that constricts the fuel flow is normally (by default) closed in this configuration. Electrical voltage is sent to the valve to open it according to the requirement. It is mostly used in cars with smaller engines 2.0L or less which require a limited fuel volume rate.