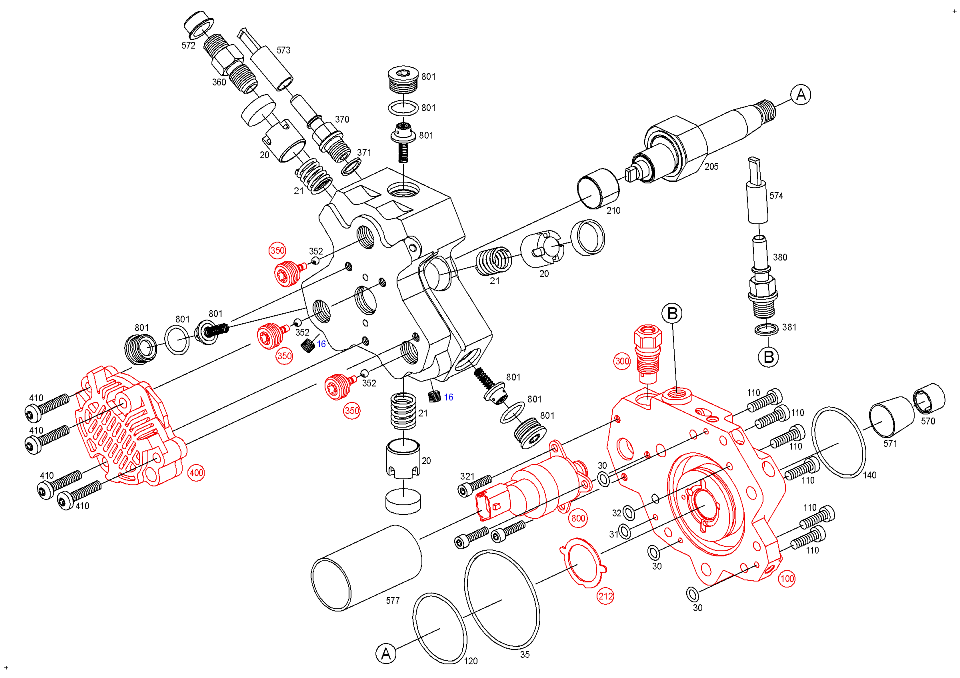 The Hyundai Libero CRDi Bosch Pump is a high-pressure fuel pump used specifically in the CRDi system. These systems are used in modern-day diesel engines to make them smooth and efficient.

While the CRDi technology is not specific to Hyundai, it is the only manufacturer to call it CRDi or Common Rail Direct Injection system. So what is this CRDi system and what role does a high-pressure fuel pump play in its functioning?

What is the CRDi system?

The CRDi (Common Rail Direct Injection) is a modern-day fuel injection system used in Diesel engines. These systems are identified with a common rail attached between a high-pressure fuel pump and injectors.

The job of this injection system is to directly inject fuel to the cylinders using a common rail. Which also ensures that the pressure in the fuel line is always maintained for proper atomization of the fuel. That in-return causes highly efficient and controlled combustion.

Why do we need the CRDi System?

The initial type of diesel fuel injection system was cam-driven. The fuel pressure of these systems was determined by the speed of the diesel engine. This caused irregular atomization as at lower speed, the pressure would be low, resulting in less amount of atomization of the fuel.

Bad atomization resulted in a bad ratio of air-fuel mixture causing inefficient combustion. But with the introduction of the CRDi system, the pressure could now be controlled and maintained constant. This completely removed the problem with bad atomization making diesel engines smoother and more fuel-efficient. How does the CRDi system work? For the CRDi to work, first the fuel is fed from the fuel tank to the high-pressure pump which pressurizes the fuel. As the fuel reaches the common rail, the pressure sensor right before it feeds the ECU which then controls the pressure regulating valve to only feed the required amount of fuel.

Then the fuel arrives at the common rail that sends the fuel to each injector. If an excess amount of fuel is found, the pressure relief valve sends the fuel back to the fuel tank. The injection of fuel is also managed by the ECU. Which controls the injectors based on the response by the sensors (Throttle position, Manifold, Temperature, Speed). Since this is an electronic injection system, CRDi can inject a smaller quantity of fuel before the main injection. The CRDi system is also capable of injecting fuel 5 times/engine stroke, depending on the requirement.

This level of control attained due to ECU units makes the CRDi system superior to other injection systems.

What is the function of the high-pressure pump in the CRDi system? The Hyundai Libero 2.5 CRDi pump is one such fuel pump. Used in a 2.5 L, 4-cylinder diesel engine, the libero fuel pump is made particularly of D4CB engines. This type of fuel pump is used widely on Hyundai and Kia Diesel cars.