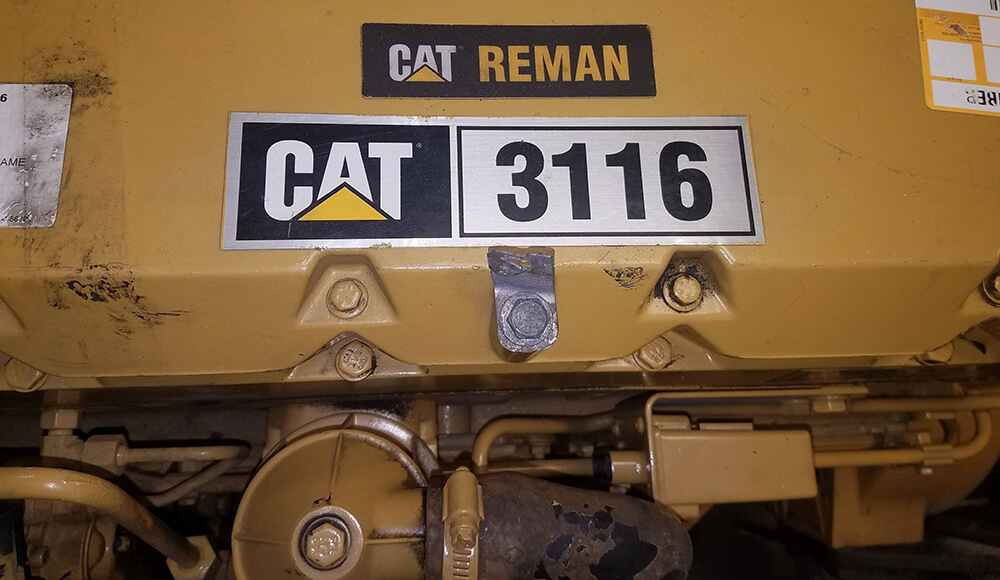 Customers who are needing replace their 3116 Cat engines typically have a pretty significant reason for doing so. Over time we have pinpointed the recurring themes and issues that are often reported as the reason someone would wish to replace their Caterpillar 3116. To that end, we have assembled a list of these issues below, some of which, sadly mean the engine is at ‘the end of the road’ so to speak, but some are thankfully fixable.

There are several issues that could harm your engine, some leaving you with no choice but to replace it, and some only requiring a few new components. Furthermore, in the absence of the aforementioned instances maybe your engine is in need of a mere refreshment. Obviously, cost, time, and availability will affect your decision making so let us inform you of the advantages and disadvantages of a new engine from the dealer.

A remanufactured Caterpillar 3116 long block would be a wise choice indeed for someone who has had the misfortune of having their engine on its last legs, more so, if there are some re-usable external parts from their old motor. It’s also a great alternative if you’re working to a budget.

Our team of experienced and dedicated machinists and engine builders will first execute a full core tear down, cleaning, inspection, and machining of the engine before it even leaves our facility. This ensures utter perfection each and every time. This also retains both our standard of quality and a high level of professionalism.

Our method of remanufacturing 3116 Caterpillar Engines means they are constructed with both Reman and new parts. Although, please note, we do not recondition or refurbish old engine parts, rather, we completely rebuild the old 3116 Cat engine back to OEM specs.